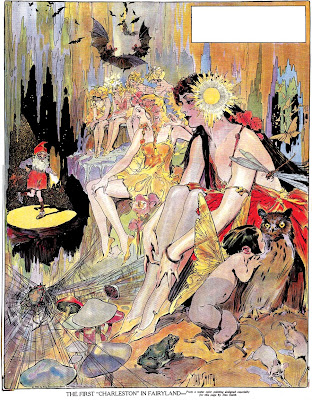 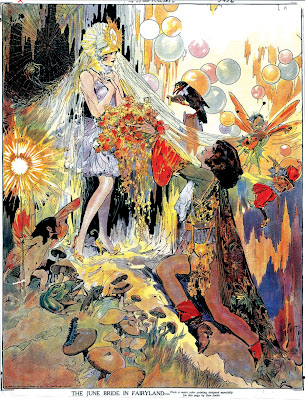 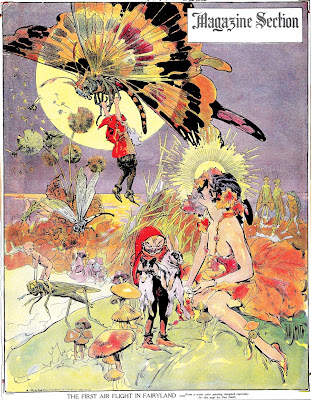 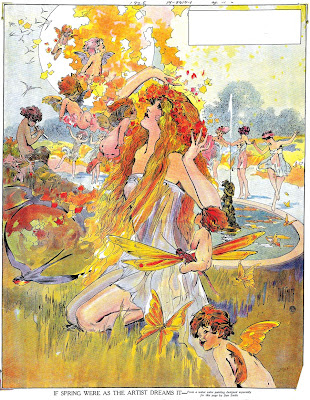 Dan Smith, noted illustrator of 1890s-1920s, drew this series called Fairyland for the covers of Hearst’s American Weekly Sunday newspaper supplement in 1926. Although I do include many such series in the Stripper’s Guide listings, I generally limit them to ones that tell a story, typically through a series of drawn vignettes with captions. Fairyland is obviously a series with a common theme, but lacks the storytelling aspect of the series I do include in Stripper’s Guide. Dan Smith’s covers are meant to be appreciated primarily for the beauty of the drawing, not really for a story or gag.

And what beauties they are! These incredible images come from the collection of Cole Johnson, who actually has the original proof sheets to the covers — I am so jealous! The printed covers would have nowhere near the luminosity or sensitive coloring of these proof sheets, which are absolutely breathtaking. Thanks Cole!