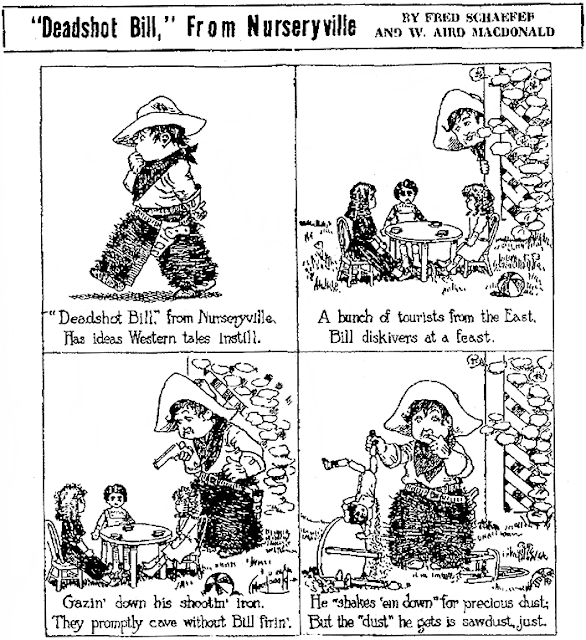 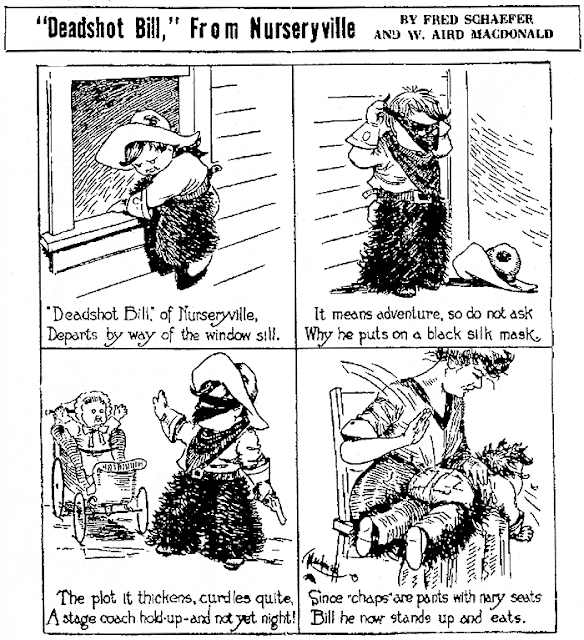 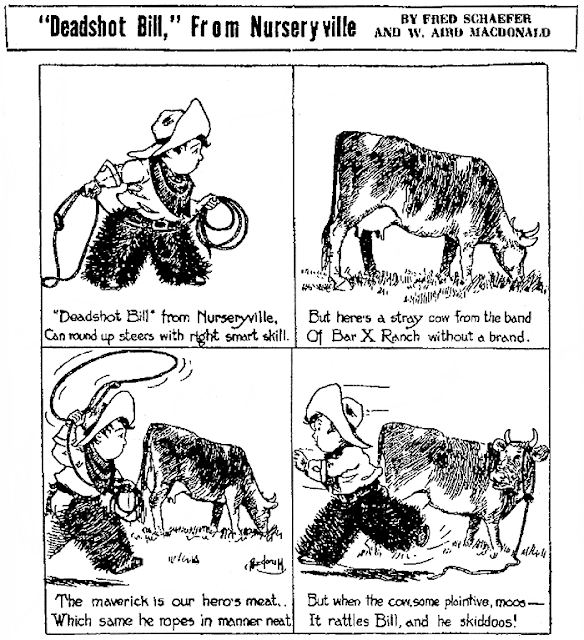 Here’s a 1913 offering from NEA syndicate, the blanket service that was a popular supplier of features to smaller papers (and still is I guess, though this year it became an unnamed division of United Media).  Deadshot Bill from Nurseryville offers little rhyming stories of a kid who likes to dress up and play cowboy. The sometimes eye-twitchingly bad rhymes are almost overshadowed (only almost) by the delightful art.

Fred Shaefer, a fixture at NEA whose name was variously spelt Schaefer and Shaeffer at times, has to accept the blame for the poetry. The excellent expressive art is by W. Aird MacDonald who did quite a few series for the syndicate in the first half of the teens. MacDonald did the art from the strip’s inception on February 18, then handed off the chores to A.D. Condo who took over as of June 24th. The series ended on December 8.

3 thoughts on “Obscurity of the Day: Deadshot Bill from Nurseryville”