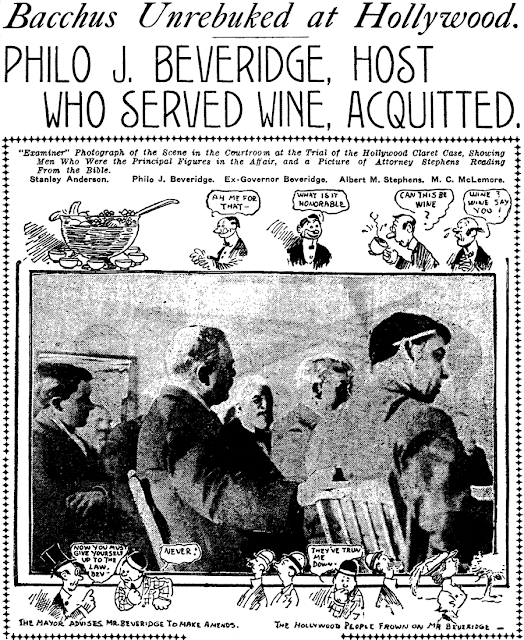 Friday, January 3 1908 — You might find it hard to believe, but Hollywood was once a town of teetotalers. Or rather, it was supposed to be. They had some of the toughest anti-drinking laws around, but Philo Beveridge, the second husband of the founder of the town, flouted the laws with his parties at the Hollywood Hotel (in the story called Hotel Hollywood). Here’s a capsule history of the prohibition laws in old time Hollywood.