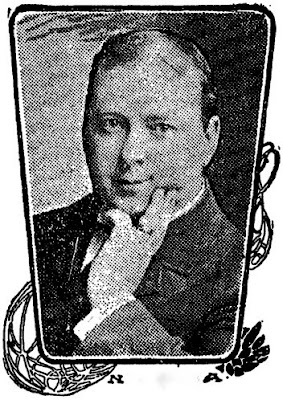 Charles F. Nelan was born in Akron, Ohio, reportedly on April 10, 1859. The date of his birth was published in newspaper obituaries, such as the New York Tribune and Geneva Daily Times (New York) on November 23, 1904. The obituaries were premature; he lived another two weeks. Artists in Ohio, 1787-1900: A Biographical Dictionary (2000) has the same birth date and his middle initial. However, the 1860 U.S. Federal Census recorded Nelan as four years old. (Ancestry.com transcribed the family name as “Nelson”.) If Nelan’s birth was in April then he was four at that time, because the census was conducted in June. His actual birth year was 1856. He was the second of four children born to Daniel and Catherine, both Irish emigrants. They lived in Akron.

In 1870 the family, plus one, remained in Akron. The census enumerator recorded the family name as “Naylin”. (Was it because of the Irish accent?) Nelan’s father was a day laborer who, later, became a grocer. The New York Tribune said Nelan attended Buchtel College. In The Editor, October 1896, Seymour S. Tibbals wrote:

“…Mr. Nelan made pencil marks upon the fly-leaves of his father’s books at Akron, O., long before he learned anything about perspective or proportion. He is, therefore, a native of Ohio, a State that has shown a purpose to be known as the mother of cartoonists as well as Presidents. Mr. Nelan studied technique at the National Academy of Design, New York City, and his work bears the marks of that training….”

When Nelan began at the academy is not known, but he was there was during the mid-1870s. On May 18, 1876, the New York Evening Express said:

The annual awards of merit to the classes at the National Academy of Design are as follows: …Antique School—First prize, the Elliot silver medal, G.R. Boynton; second prize, the Elliot bronze medal, Charles Nelan; honorable mention, Miss B.A. Riker, J. Hoey and Hobart B. Jacobs. An exhibition of School drawings is now open free in the parlors of the Academy.

The Akron newspaper, The Summit County Beacon noted this item on May 30, 1877, “Charles Nelan, the artist, has just finished a fine crayon portrait of the late J.O. Wolcott, of Tallmadge, which may be seen in West & Hale’s window.”

Nelan was recorded in the 1880 census as a crayon artist. He lived with his parents, who resided in Akron at 206 South High Street. His father was a grocer. Artists in Ohio said:

“…he was listing himself in the Akron directories as ‘artist,’ and by 1881 he had opened a professional studio there, where he advertised ‘Fine Artistic Crayon Portraits’ through 1886. In 1887 he was employed as a draftsman at the Werner Lithographing Company, Akron, and was also managing the family grocery store. The following year he moved to Cleveland…”

Tibbals said, “…Being a close observer and possessing a keen appreciation of the ridiculous, he has always leaned toward caricature. His first work was done for Cleveland Town Topics and the Cleveland Press…” The date of his marriage is not known. The Summit mentioned his wife on October 9, 1889. The Cleveland Directory 1889 had this listing: “Nelan, Charles, artist Pictorial Engraving Co. r. 63 Parkman”.

A different listing was in the Cleveland Directory 1890: “Nelan, Charles, artist The Press. r. 7 Sawtell ct.” The Cleveland Plain Dealer reported the formation of the Society of Artists in its October 10, 1891 edition. Nelan became a member of the professional artists’ group. His wife, Olive Luella, passed away on May 20, 1892 according to the Plain Dealer. She was twenty-six. He continued at The Press and lived at 99 Arlington, as listed in the 1893 directory. The following year he resided at 33, Hazard. The Plain Dealer reported, on July 11, 1894, Nelan’s eminent move to New York.
A Banquet in Honor of Nelan.
The Golgotha club entertained one of its members, Mr. Charles Nelan, the artist, at The Hollenden last evening with a dinner and reception. Mr. Nelan leaves shortly for New York, in which city he will be engaged in newspaper work. The menu was excellent; Old times were discussed and informal addresses delivered. The affair was a very pleasant one.

Fourteen months later, on September 22, 1895, the Plain Dealer said, “Mr. Charles F. Nelan, well known in this city, had become the official cartoonist of the Scripps-McRae league, with headquarters at St. Louis. Mr. Nelan was recently on the art staff of the New York Herald.” The August 22, 1897 Plain Dealer printed news of his marriage.

Wedding of a Cleveland Man at Cincinnati Last Night.
A special from Cincinnati last evening said:
Charles Nelan, the well known cartoonist, and Miss Madge Kennedy were married this evening at the home of the bride’s parents, No. 3342 Fairfield avenue. Many friends of the couple and their families were present.
Miss Kennedy is also an artist of much note. Her specialty, unlike her husband’s, however is china painting. She is a graduate of the Cincinnati Art school.

In the fall of 1898, Nelan’s book, Cartoons of Our War with Spain, was published. The book was a compilation of his New York Herald cartoons.

He has not been found in the 1900 census. In 1900, Nelan left the New York Herald for the Philadelphia North American; his replacement was Charles R. Macauley according to the Stark County Democrat (Canton, Ohio), December 23, 1902. Nelan drew the ire of Pennsylvania Governor Pennypacker, who, in turn, got the Grady-Salus libel bill passed. In The Art of Caricature (1904), Grant Wright wrote:

…Later he accepted a position on the Philadelphia North American, and here occurred an incident in his career that attracted unusual attention. A series of cartoons appeared in the North American in which the Governor was represented as a parrot doing various amusing, not to say extremely undignified, things. These cartoons so incensed the candidate that, upon his election, he recommended in his inaugural address the introduction of a bill to limit the use of political cartoons. This was called the “Press libel law.” Speaking of Mr. Nelan’s cartoon which caused the bill to be introduced, the Governor said: “An ugly dwarf, representing the commonwealth, stands on a crude stool; the stool is subordinate to and placed alongside of a huge printing press with wheels as large as those of an ox-team, and all are so arranged as to give the idea that when the press starts the stool and the occupant will be thrown to the ground. Put into words, the cartoon asserts to the world that the press is above the law, and greater in strength than the government. In England a century ago the offender [Mr. Nelan] would have been drawn and quartered and his head stuck upon a pole without the gates.” Mr. Nelan wrote the Governor a letter, in which he demanded a retraction, which was given in a public note. This is the first instance in the United States in which a political cartoon has been legislated against. Mr. Nelan is at present connected with the staff of the New York Globe.

That cartoon and accompanying article can be viewed here. The Plain Dealer published news of his ill health, which began in the summer of 1904. A doctor recommended a stay in the Adirondacks. Nelan stayed there but the cold October weather was unbearable, so he returned to New York for a few days. He headed south and settled in Cave Springs, Georgia where he passed away on December 7, 1904. He was to be buried in Akron, according to the Plain Dealer, December 8, 1904.

The complete text of The Editor article is here. A Cartoons Magazine 1913 profile is here. The Grand Comic Database detailed the contents of the January 1914 Cartoons Magazine: “Clifford B. Knight tells of how he was unable to obtain cartoonist Charles Nelan’s drawing table from his lawyer, but instead met his widow, Mrs. Nelan. From her he found that it was she, and not her husband, who drew the faces of women in his cartoons.”