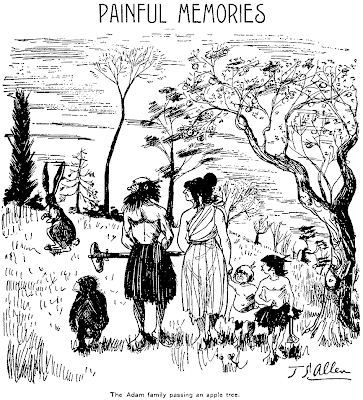 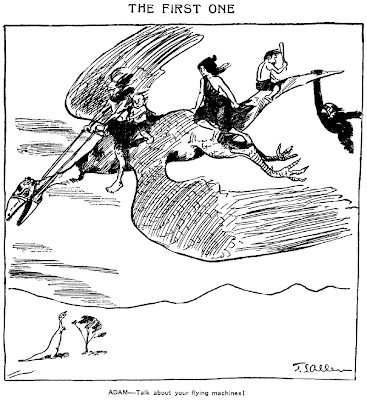 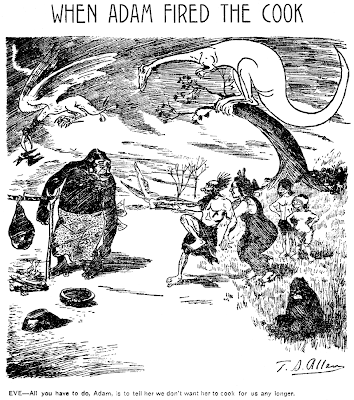 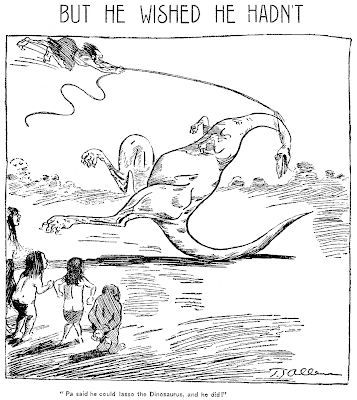 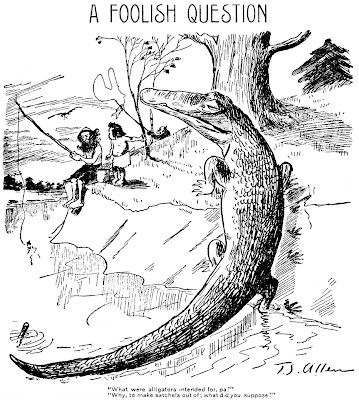 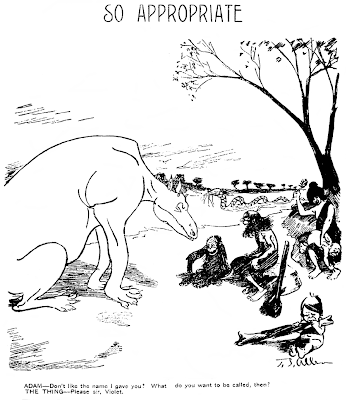 Hope y’all had a merry Christmas, a happy Hanukkah, a fine Festivus, and today’s entry in the holiday sweepstakes, a joyous Kwanzaa. Not to mention a blissful Boxing Day. Me, I’m still in abject pain from eating waaaay too much smoked turkey and fixins’. I’m in no shape to celebrate anything that doesn’t include a ritual of laying around moaning and clutching a stomach in which I can still discern the shapes of various parts of the holiday meal.

T.S. Allen was one of the most prolific contributors to the Hearst dailies at the turn of the century (the 20th, that is). In addition to his ubiquitous urban kid cartoons he did a number of other series. One of the more memorable was Adam and Eve, a long series of single panel cartoons about a family of antediluvians with the unique pedigree of having previously held a starring role in Genesis.

The series never had a consistent title, so I assigned this as the official one for Stripper’s Guide. Other perfectly reasonable contenders would be Adam’s Family or In The Garden of Eden, both of which occasionally headlined the panels.

The series, which appeared sporadically, began in the New York Evening Journal on August 17 1898 and finally petered out in 1902. Although I indexed the Journal, the microfilm was incomplete and I was unable to assign a definitive end date. The characters also appeared in a Sunday version, and were later revived in another series, but we’ll cover those appearances in separate posts one of these days.

A tip of the hat to Cole Johnson who provided these samples, all from March 1901. The microfilm of the Journal is so awful that I saved no samples, at least none worthy of reproduction here, so these samples scanned from Cole’s cache of San Francisco Examiners are greatly appreciated.

2 thoughts on “Obscurity of the Day: Adam and Eve”