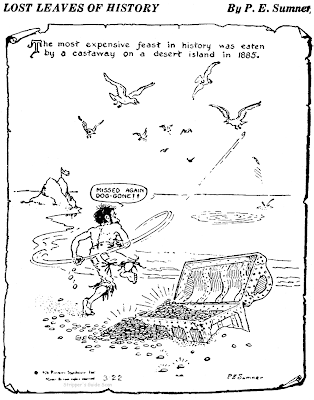 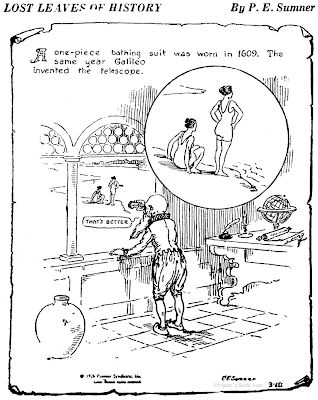 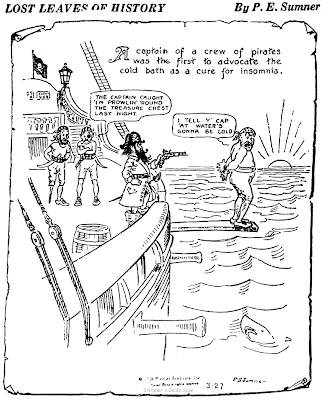 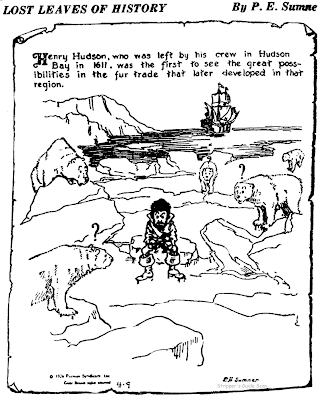 Here’s a cute idea that never caught on — Lost Leaves of History offered a satirical view of famous events of the past. The feature was attractively drawn by a fellow named P.E. Sumner whose bio, other than this short-lived feature, is a mystery to me.

The feature was distributed by Hearst’s Premier Syndicate. Premier seemed to always get stuck with the lower end material; pretty much the only feature they had of any popularity was Dumb Dora, and it got bounced over to a higher-profile Hearst syndicate as soon as it showed signs of catching on.

Lost Leaves of History ran from March 1 to October 2 1926 in a very short list of papers. Thanks to Jeffrey Lindenblatt for the running dates from the Long Island Star, and Cole Johnson for these samples from the microfilm of the Philadelphia Sun.