Anthony Sciarrino writes me with some tantalizing information about a pair of Mystery Strips. He tells me that he went to an estate sale in St. Louis (MO) and purchased some original art from two of my mystery strips, Doctor Sam and the Space Monsters and Julian of the Jungle. Both strips were, according to their E&P listings, syndicated by something called the Editorial Board Syndicate.

The Editorial Board Syndicate was based in St. Louis, so that fits well, and they offered three strips from 1967-69; the third was something called Riff McTic. All three strips were advertised as both daily and Sunday.

Here are some pics of the Doctor Sam and the Space Monsters strip. Sciarrino found both a Sunday and some dailies, plus a color proofsheet of the Sunday: 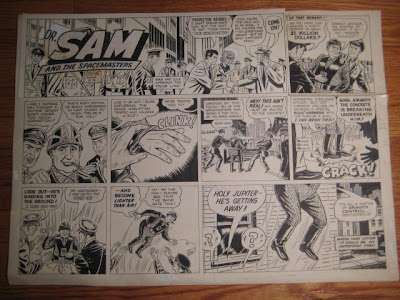 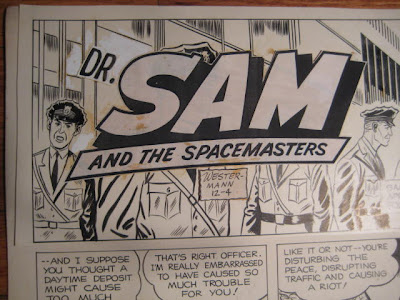 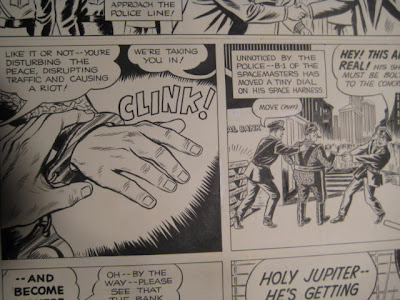 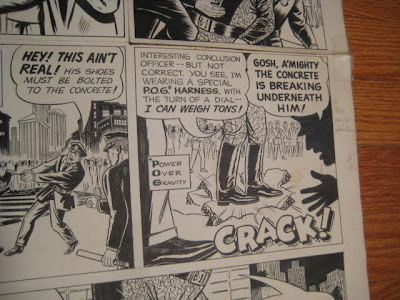 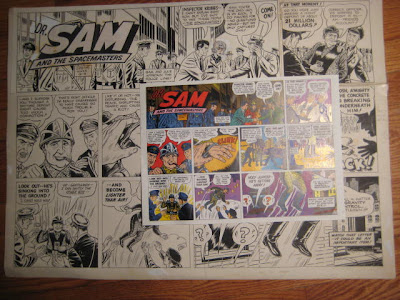 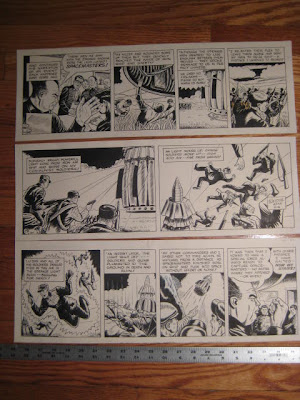 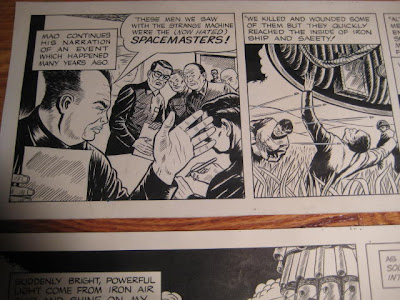 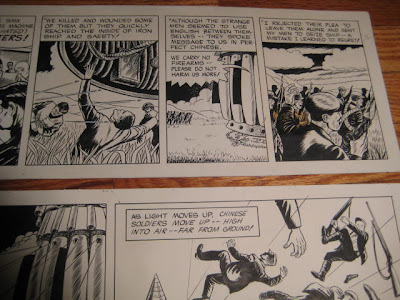 And here are some pics of Julian of the Jungle, he just got a Sunday strip of this title: 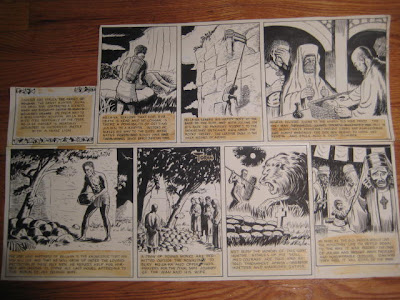 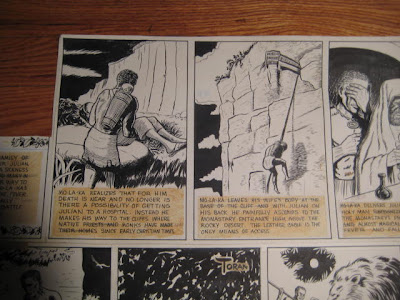 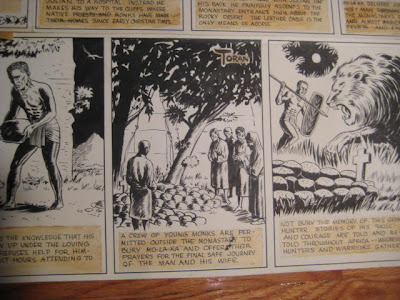 Now none of the above would be of all that great an interest to me. There’s plenty of original art out there for strips that were never published. What heightens my interest is that Sciarrino says that there were also some newspaper tearsheets of the Julian of the Jungle strip at the sale. Unfortunately he did not take the tearsheets and apparently only gave them a cursory look because he cannot remember the name of the paper that they are from. He provides this tantalizing but inconclusive picture that he took at the sale: 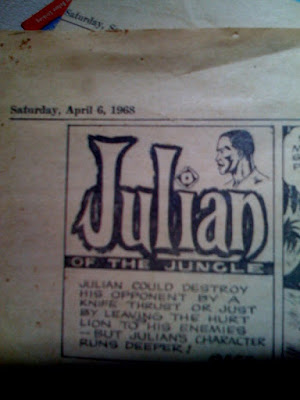 So we’re left with tantalizing but inconclusive evidence that at least one of the strips, and probably all three, were in fact taken by at least one paper. But without knowing what paper they appeared in (and for all we know it was just an underground or school paper) we have a painful case of cartoonus interruptus.

Can anyone provide further clues? Does anyone know the whereabouts of the principals of the syndicate, James Westermann, Darryl Martin, Kenneth Green, Frederick Taran, or Alex Crosby?